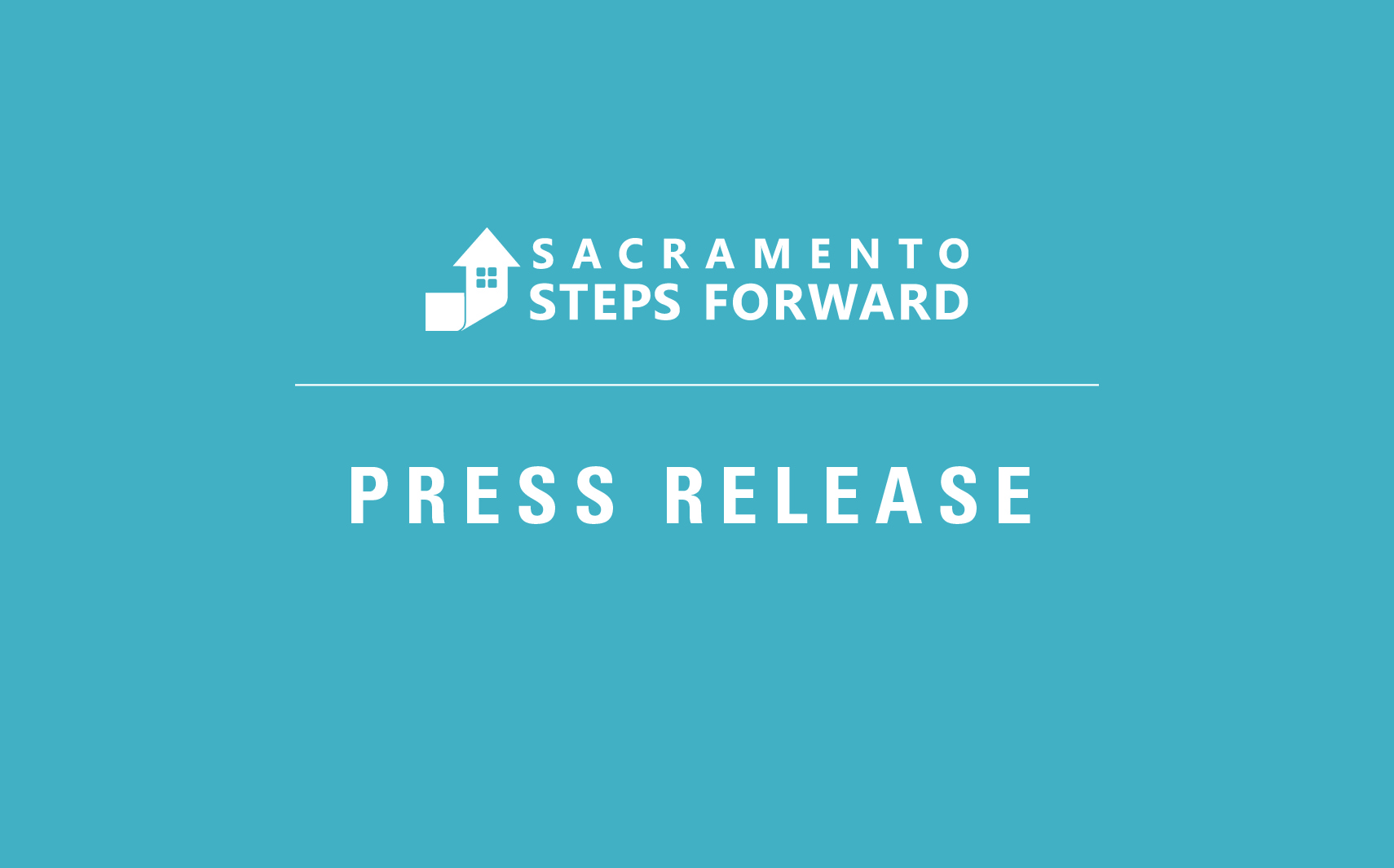 SACRAMENTO – The U.S. Department of Housing and Urban Development (HUD) announced today that the Sacramento Continuum of Care has been awarded $20,180,083 this year to fund 31 programs that serve people experiencing homelessness.

This is an increase of $668,245 over last year’s award and a $5.2 million increase since Sacramento Steps Forward took over as the Continuum of Care lead agency in 2011.

HUD funded four new projects this year including two Permanent Supportive Housing programs operated by Sacramento Self Help Housing, one Permanent Supportive Housing program run by TLCS and a new Transitional Housing/Rapid Re-Housing project operated by TLCS and Wind Youth Services. Two awards were granted to Sacramento Steps Forward to administer the Homeless Management Information System and a planning grant, which covers the cost of the Point-in-Time count, among other programs.

“This funding continues our response to a homeless crisis that has overwhelmed the west coast in recent years,” said Sacramento Steps Forward CEO Ryan Loofbourrow. “We’re relieved that so many formerly homeless individuals will stay housed and thankful that new funding will house people who are currently homeless.”

The grant application was submitted to HUD last September following a six month competitive process to select and prioritize local projects for funding. Great care is taken to ensure that the process is fair and maximizes federal resources for programs dedicated to ending homelessness.

“Prioritizing one program over another, when they are all doing amazing work, is incredibly difficult, but that is our charge and we do what we think is best for the community,” said Loaves and Fishes Advocacy Director Joan Burke, who also Chairs the Continuum of Care Advisory Board. “Thankfully, we have chosen wisely and have been rewarded with additional resources that will help people end their cycle of homelessness.”

The Continuum of Care (CoC) Program is designed by HUD to promote community-wide commitment to the goal of ending homelessness. As a part of the program, HUD awards grants annually to nonprofit providers, State and local governments to rehouse individuals and families experiencing homelessness.